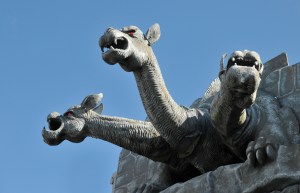 I want to confess that I harbor a resentment against the NCAA Basketball Tournament. Not against the tournament itself, though the NCAA is partly to blame for my loss of reverence for what has become such a mainstream, commercially saturated spectacle that the games in my opinion are unwatchable, every available nanosecond crammed with an […]